Here you will find the ultimate review of Kinetico Premier Series Water Softener with the latest update for 2020. 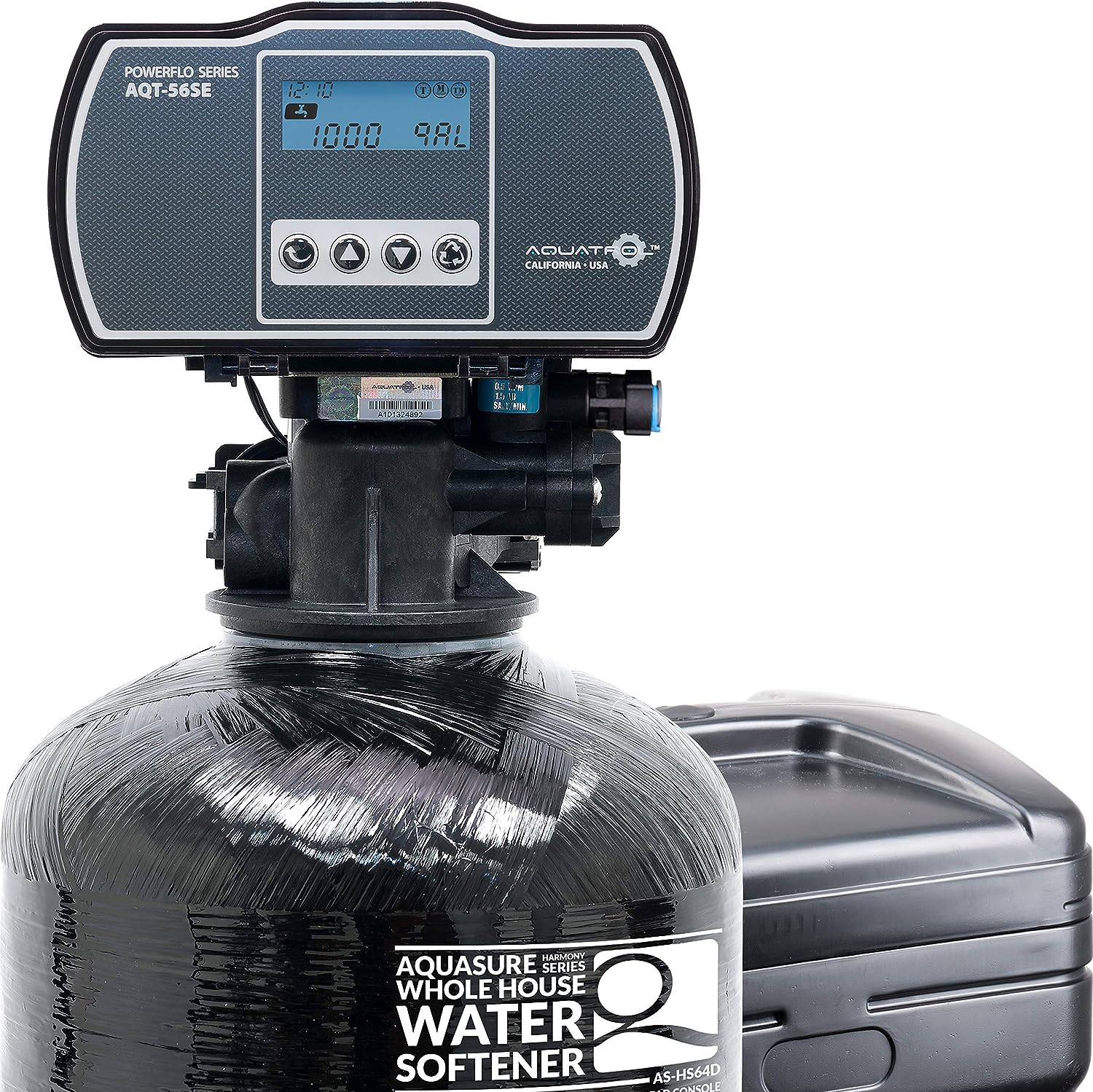 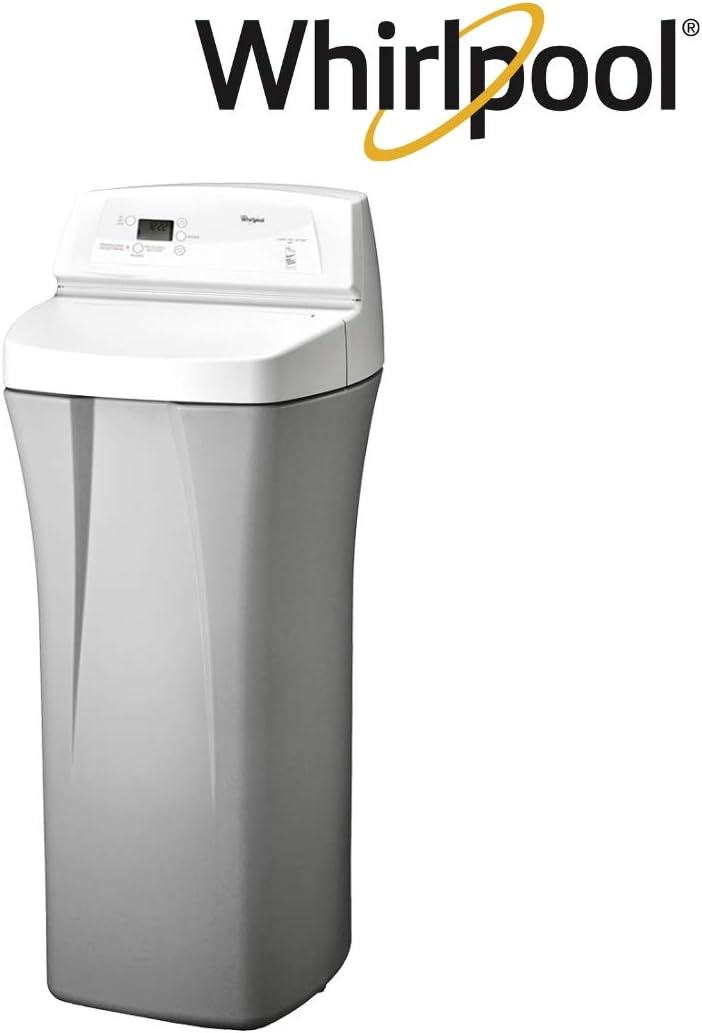 The series is made up of two categories, the standard Premier Series and the Premier XP Series both of which offer exceptional performance and value as you are going to find out below.

The standard Premier Series consists of 10 models that come with the same functionalities and features but have different configurations.

The first major highlight of the water softeners in this Premier Series is their softening ability. Each unit in the series uses a fine mesh resin rather than the convention resin beads which makes them super-effective at removing hardness minerals.

They are able to eliminate up to 225 grains of water hardness which is a very high rating that’s ideal for homes that are struggling with extreme water hardness levels that other basic water softeners cannot handle. These systems will remove several contaminants too, particularly radium and barium.

The Premier series compliments this effective softening capability with an equally high capacity. For instance, the Premier 2175s model provides a maximum capacity of 50,371 grains per cycle.

Even much better, all the softeners in the series are designed to regenerate about three times a day, hence they can handle up to 200,000 grains in a day which is amongst the highest capacities in the market.

In addition, the Kinetico Power series delivers generous flow rates like the 2060S OD which is the largest model is capable of delivering up to 23 gallons of soft water per minute at 15 psi pressure or less.

The series is purposely designed for homes with high water consumption or larger plumbing. It can maintain a steady flow of soft water throughout the entire house. Aside from that, water flow is upward instead of downward and the benefit of this is that it helps increase the rate of flow.

The Premier series systems operate on demand initiated regeneration. They have a built-in water meter which triggers regeneration whenever necessary based on your water usage. They can regenerate at any time during the day or night.

Demand-based regeneration prevents the Premier series systems from over-producing soft water hence leading maximum efficiency and less waste while ensuring you have a continuous supply of softened water, even with changes in your water usage.

Moreover, although it’s a demand-initiated regeneration, the actual operation is quite different from other systems. The Premier series and basically all of Kinetico water softeners use a process known as countercurrent regeneration.

This essentially means that the systems regenerate from the bottom up. This process cleans and regenerates the resin beads more effectively unlike conventional 4 or 5-cyle regeneration. The outcome of this is a reduction in salt and water usage, as well as the amount of waste produced.

The other unique thing about this Kinetico concurrent regeneration process is the fact that it uses soft water rather than hard water like in most other water softeners.

It uses only clean, soft water to form the salt solution stored in the brine and as you know, soft water is more effective for cleaning, so using it instead of hard water likewise makes the regeneration process of Kinetico softeners highly effective.

However, the main selling point of these systems is the twin tank design. This feature allows one tank to be always in service when the other is either regenerating or on standby.

Thereby, you have a steady supply of soft water throughout the day without any break in service or downtime, even during the regeneration process. When the cycle is done, the controller immediately places both tanks back into service.

Many people who need a high capacity water softener for large applications or business premises prefer Kinetico specifically because of this feature since it guarantees soft water 24-hours a day.

Another major highlight of Kinetico’s systems is the non-electric operation. While most other units run on electricity, every model in the Premier series is non-electric, only powered by the pressure (or energy) of the moving water which translates to zero energy cost and less upkeep and repairs.

There are no buttons to push, no computers or timers to set, or adjustments to make. Operation is just simple and reliable as the systems run themselves without requiring you to do anything special.

Now, as far as downsides are concerned, there’s nothing serious to point out. The only thing is that the Premier series doesn’t offer much in the way of customization especially with regards to the regeneration process. It doesn’t have a digital control system or any advanced features like what we saw in the Culligan HE series.

All in all, for performance and efficiency, the Kinetico Premier series certainly lives up to expectation. It’s the series to go for if your water usage is high or you are dealing with severe water hardness.

The Premier Series XP is no different from the standard Premier Series other than that it has undergone improvements with the inclusion of several additional technologies and capabilities that lack in the Premier Series. To put it simply, it’s a slightly advanced version of the Kinetico Premier Series fine-tuned to provide precise, efficient operation.

There are 10 models within this XP series too and they all have different configurations. However, their softening capability, capacity, and flow rates are similar to that of the standard Premier series.

They can get rid of up to 225 grains of water hardness using a fine mesh resin and offer the same high capacity of up to 200,000 grains in a day with the S550 XP model having the largest capacity at 50, 000 grains and the S250 OD XP the fastest flow rate at 23 gallons per minute. These systems will also remove a decent amount of barium and radium in your water.

One of the things that set the XP apart though is that it includes several Kinetico combination systems. These are basically two systems in one providing additional filtration capabilities beyond the softening process performed by standard Premier series.

The Q850 XP and Q850 OD XP models are part of these combination systems and they come with two tanks containing activated carbon filtration media.

These models will soften your water and at the same time reduce chlorine and unpleasant tastes and odors resulting from common chemicals present in water.

The other combination system within the Series is the Q850 OD XP (Chloraban™) model featuring two tanks containing Chloraban which is a high-performance filtration media that helps to effectively remove chloramine in water and bad taste and odor.

Kinetico Premier Series XP softening systems are also Overdrive enhanced. What this means is that water flow is distributed simultaneously through both tanks of the softener during service cycles which translates to an increase in the flow as well as the contact time with media. It decreases pressure loss through the system too.

The regeneration process of the Premier Series XP is equally similar to that of the standard Premier series and you can as well initiate regeneration manually after adding salt using a number 2 Philips screwdriver.

However, Kinetico has added an extra functionality in the Premier Series XP, the patent-pending XP feature. This additional functionality allows users to customize the water softening settings of their unit to match their home’s specific water conditions.

Not only does this enable the systems to perform more efficiently, but it also leads to tremendous waste reduction and operational cost savings as the softener is custom-fit to your home.

One of the downside to this series though is that models like the Q850 XP, Q850 OD XP and Q850 OD XP (Chloraban™) which are combination systems need a bit more maintenance compared to the models in the standard Premier Series.

Apart from having to add salt after a period of time, you will also need to replace the Chloraban/Carbon filters in your system. Nevertheless, you will only have to do this after every few years and the filters may even last longer in case your water has low levels of chlorine/chloramine.

In general, the Premier Series XP is a perfect option for those who prefer to customize the softening settings or want a unit that can soften their water as well as improve its taste and odor.

This is one-year-history price chart of the Kinetico Premier Series Water Softener.

Note: This price chart is provided for reference purpose only.

This site uses Akismet to reduce spam. Learn how your comment data is processed.

Here you will find the newest list of the 10 Best Water Distillers.
Read More...

Here you will find the newest list of the 10 Best Tankless Reverse Osmosis Systems.
Read More...

Here you will find the newest list of the 10 Best Faucet Mount Water Filters.
Read More...

Here you will find the newest list of the 10 Best Water Filter Dispensers.
Read More...

Here you will find the newest list of the 10 Best Spin Down Sediment Filters.
Read More...

Here you will find the newest list of the 10 Best Electric Water Descalers.
Read More...

Here you will find the newest list of the 10 Best Shower Head Water Filters.
Read More...

Here you will find the newest list of the 10 Best Water Softeners.
Read More...

Here you will find the newest list of the 10 Best Water Filter Pitchers.
Read More...

Here you will find the newest list of the 10 Best Countertop Water Filters.
Read More...